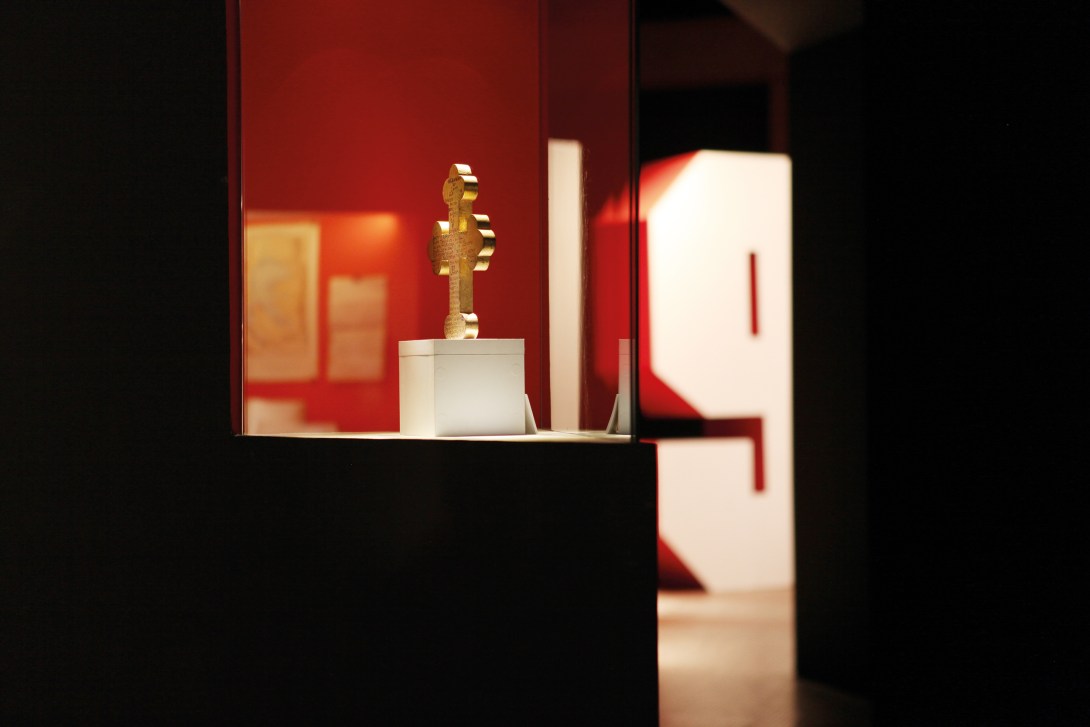 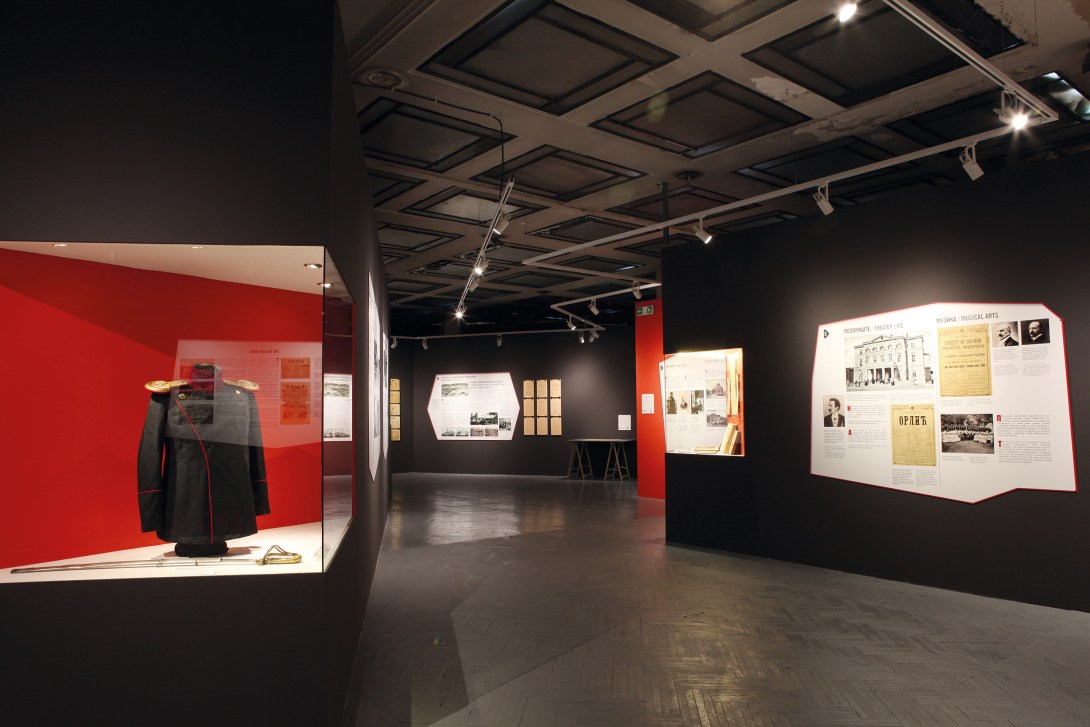 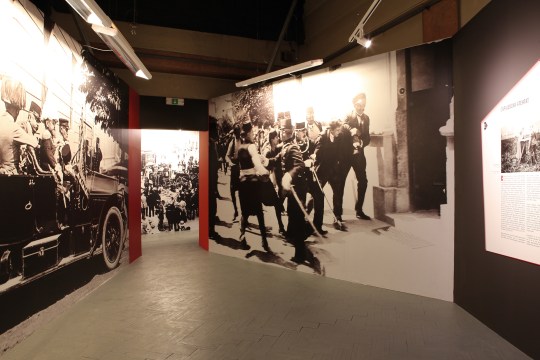 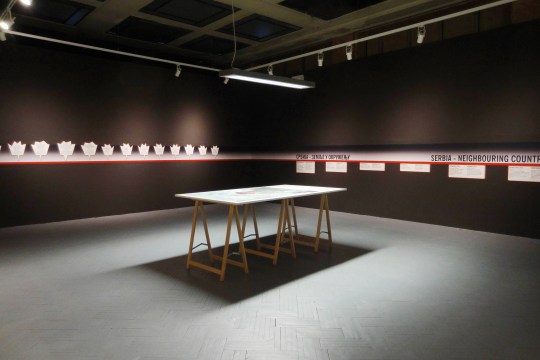 The exhibition topic is the rise of Serbia from the beginnings of 20th century, the events that preceded to the WWI,
and the Serbian military successes in the first year to the Great War 1914. Semiruined space of the museum under
reconstruction, was the inspiration to build a ‘labyrinth’, a dynamic setup of graphite-black walls in penumbra, that
conducts a visitor into the sinister chain of events that will culminate with the declaration of war.